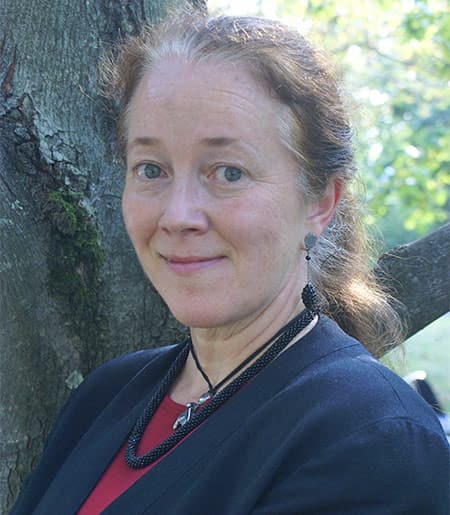 Kaja M. McGowan’s areas of interest involve South and Southeast Asia with emphasis on Indonesia, particularly Java and Bali (both historically Indic in orientation) studied in relation to the subcontinent. Rather than see India and Indonesia, for example, as modes of influence between two points, her scholarly interests encourage studying the reciprocal relationships between neighboring countries in Southeast Asia. Her research explores the flow of ideas and artifacts along this highway -- architecture, bronzes, textiles, ceramics, performance traditions, and visualizations of texts like Panji Malat, the Ramayana, and the Mahabharata -- artifacts that move and those that are locally produced. This accounts for the shaping of ideas and the development of styles across vast geographical and historical distances. Her work is governed by the complex ways in which History of Art and Visual Studies intersect with Anthropology, Material Culture, Colonial and Post-colonial Theory, Performance, Gender and Religious Studies.

Having first begun her study of Balinese performing arts as an undergraduate at Wesleyan University, one ongoing project has involved documenting the work of painters in Bali who experiment with depicting musical sound and the rhythmic motion of the dance in their work. She is the author of Ida Bagus Made: Art of Devotion (Ratna Wartha Foundation, 2008) a volume honoring the fiftieth anniversary of the Puri Lukisan Museum in Ubud, Bali, Indonesia, distributed by University of Hawaii Press. Due to its popular reception, she has been invited to write a second volume on the life and art of the world-renowned painter, sculptor and architect (undagi), I Gusti Nyoman Lempad.